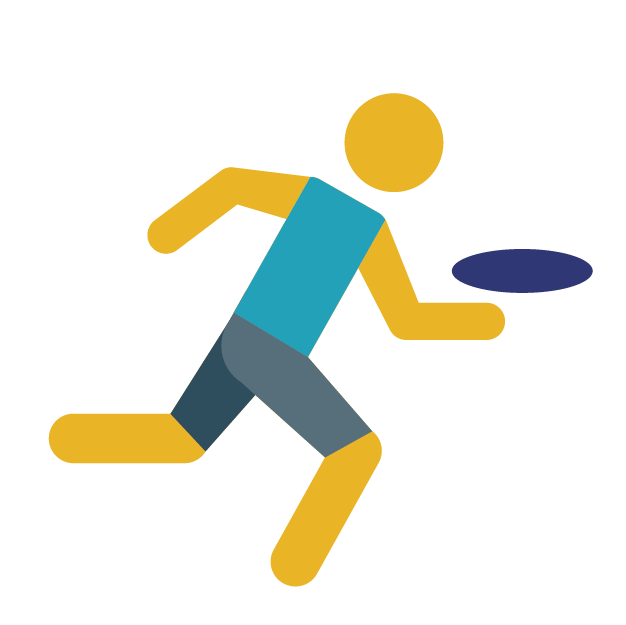 Flying Disk is a team sport with very simple rules: the game is played with a 175g plastic disk (or puck), teams are made of 7 players who score points by advancing into the opponent’s area by passing the disk. It is based on sportsmanship, respect for the rules and of the opponent, and on self-arbitration. Any kind of problem during the match is solved by the players on the field.