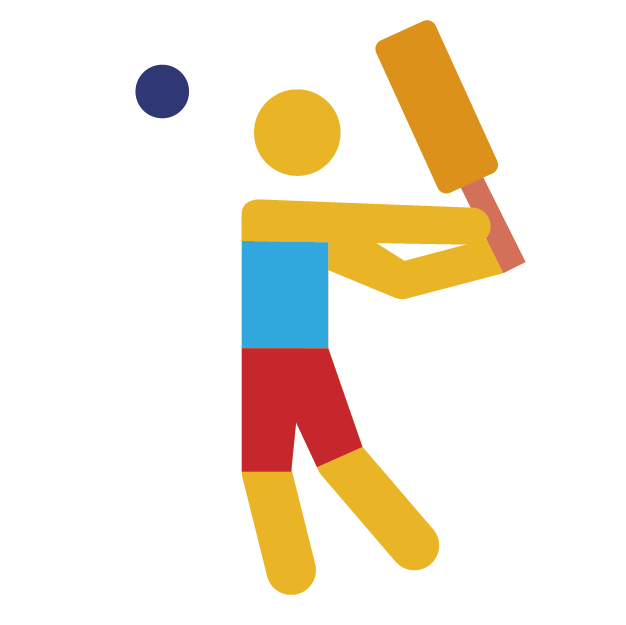 Cricket is a team sport originated in Great Britain and mostly practiced in the Commonwealth Countries. It’s played between two teams of eleven players on a field at the center of which is a 22-yard pitch with a wicket at each end, each comprising two bails balanced on three stumps. Fair play, the absolute absence of violence and respect for others are officially listed among the rules of this game. It is a complex and structured game with many rules, great for physical and mental health.